Here is a bit of background on Ian Collins who is our 506th member to join TCT this year. His 506th membership broke our record and surpassed last year’s membership.  While our membership is now at 512, we’d like to celebrate the person who signed up and broke the record from the previous year. 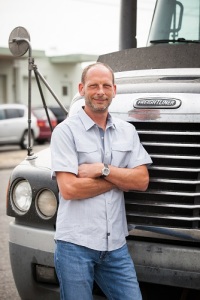 Although Premier Transport wasn’t established until 2000, I began working for its predecessor, Collins Transport in 1990. From the very beginning, I realized that trucking was a dynamic business that operated in an ever-changing environment. To be successful, I believed that we had to look for opportunities to expand our customer base and geographic regions.

Last November, I purchased Premier Transport and became its president and sole owner. Over the years, Premier has always emphasized a commitment to safety and a promise of great customer service. And that pledge continues today. I am very proud that over the past year, Premier has grown our existing business, and expanded our geographic area. But I didn’t accomplish that all by myself. I have a great team of employees, drivers, vendors and customers who have all played a huge role in moving Premier forward.

Premier Transport provides drayage services, handling steamship and rail containers over a four-state area. We have eight office employees and 41 drivers, and are located in both the Port of Tacoma and Yakima, Washington.