The Transportation Club of Tacoma (TCT) Contributes $32,353 to the Emergency Food Network (EFN) of Pierce County 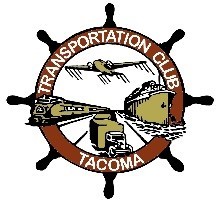 The Transportation Club of Tacoma (TCT) Contributes $32,353 to the Emergency Food Network (EFN) of Pierce County

TACOMA, WA –The Transportation Club of Tacoma (TCT) made a $32,353 contribution to the Emergency Food Network (EFN) of Pierce County at its monthly meeting on Monday, January 11th.   The check was presented to Helen McGovern-Pilant, EFN’s Executive Director, and Ken Hess, EFN’s Operations Manager by TCT President Bryan Lovely and TCT Director Lori Kincannon.  An additional $3,555 was raised and contributed directly to EFN through TCT’s efforts this year.

Helen McGovern-Pilant said, “We are so grateful for our relationship with the amazing members of the Transportation Club of Tacoma.  Over the years as the need in our hunger relief program has grown we have always been able to count on their support.”

TCT began its support of EFN over fifteen years ago by organizing canned food drives at its December General Meetings.  This event has grown over the years and includes both a live action and silent auction.  Over the past four years, TCT has contributed more than $130,000 directly to EFN.

“We are amazed at the sum we were able to donate to the EFN this year,” stated TCT Director and Chair of the annual event, Lori Kincannon. “Our membership is proud to support this organization and help them accomplish their goals.  We know that every dollar raised will be spent to help those in need in our local community.”

The Emergency Food Network of Pierce County began as a program in 1982 when the leadership of FISH Food Banks, Tacoma Rescue Mission, Salvation Army, and Associated Ministries recognized a great need in the community to resource emergency food collectively. Originally designed to meet a temporary need caused by the economic recession of the 1980’s, it became apparent in the early 1990’s that the need for such a community service had grown. In response, EFN became an independent 501(c)(3) non-profit organization in 1991. The Pierce County emergency food system includes 67 food banks and hot meal sites providing over 15 million meals annually to over 1,300,000 clients (duplicated count). In recent years, food programs have experienced an increase in the number of clients seeking services.  As the sole nonprofit food distributor located in Pierce County, many food programs are solely dependent on EFN for food.

The Transportation Club of Tacoma is a non-profit organization with over 500 members. TCT is made up of transportation professionals as well as people who have an interest in local and global transportation and logistics. Since 1926, the Transportation Club of Tacoma has focused on building bridges within the transportation industry and serving Tacoma/Pierce County communities through its charitable work.  Membership encompasses diverse companies – large and small – including: railroads, steamship lines, trucking companies, warehousing and distribution, cold storage, coffee roasters, paper manufacturers, confectioners, freight forwarders, commercial real estate, banking, consulting, and education. 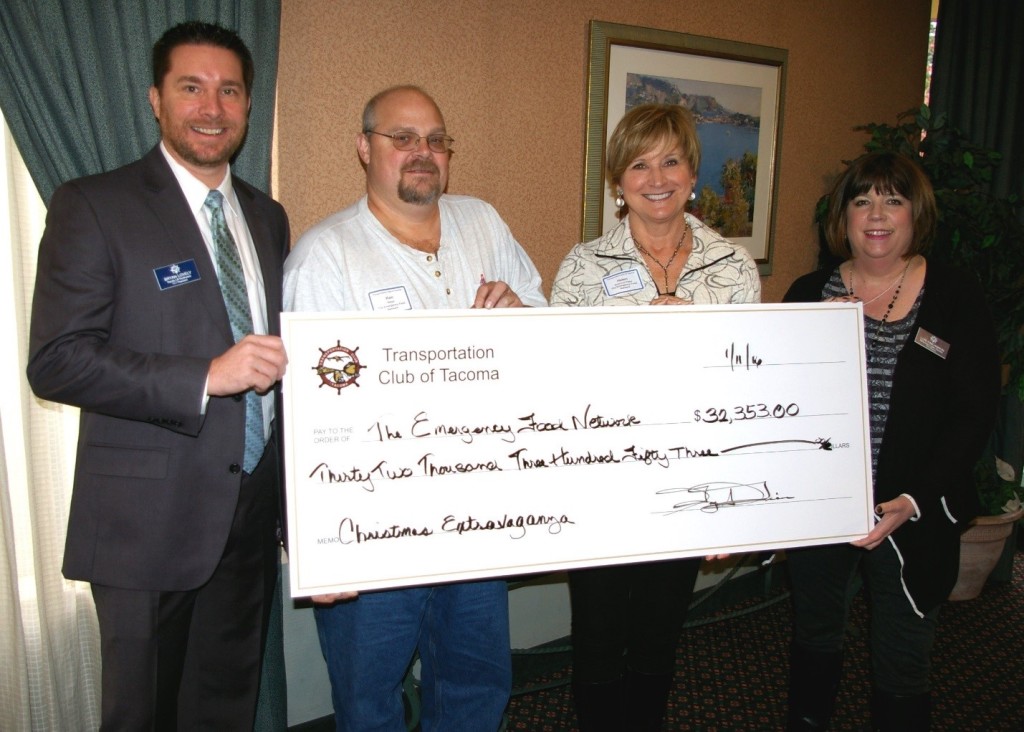