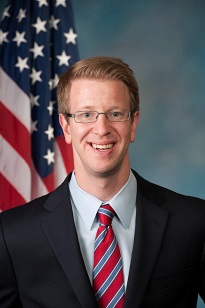 Derek Kilmer serves as the United States Representative of Washington’s 6th Congressional District. With over a decade of experience working in economic development in the Puget Sound region, Derek is focused on getting our economy and our Congress back to work. Born and raised in Port Angeles, Derek saw firsthand how the region’s economy has struggled, and the impact that has had on families and communities. Derek put his education into practice right here in Washington, first as a business consultant for McKinsey & Company, where he helped businesses, non-profits, and government agencies run more efficiently. He then served in the Washington state House from 2005 to 2007 and the state Senate from 2007 until his election to the US House in 2012.

While in Olympia, Derek was the principal writer of the state’s capital budget, and helped author a bipartisan infrastructure package that has been credited with creating 18,000 jobs.

Derek was recently reelected to a third term in in the U.S. House of Representatives in 2016 and chosen by his Democratic colleagues to serve on the House Appropriations Committee, one of only four ‘exclusive’ committees in the House. Derek serves on the Interior and Environment Subcommittee and Commerce, Justice, and Science Subcommittee.  Derek and his wife Jennifer live in Gig Harbor with their daughters Sophie and Tess and their Australian Shepherd Truman.

Also for our March meeting is the Carla Martin Drive for Mary Bridge Children’s Hospital, so be sure to bring your donations of non-toxic play-doh and latex free bandages!