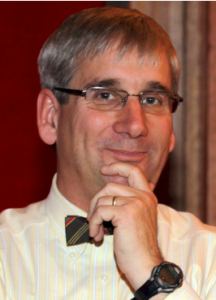 Neal Fried has worked as an economist in Alaska for over 30 years and has observed many changes. His experience as an economist has been broad and deep. He has not been involved with the public policy issues of the economy, but instead has been a producer of objective economic and demographic measures and analysis of our economy.

Mr. Fried produces economic data and analysis on a variety of economic issues facing Alaska, and serves as a speaker on Alaska employment and economic issues at the request of Alaska media organizations, state agencies and public institutions, nonprofits, corporations, professional associations, and more.

He is a primary author of articles appearing in the monthly magazine Alaska Economic Trends, published by the Alaska Department of Labor. This publication is distributed to more than 5,000 subscribers. His articles cover a wide variety of state of Alaska economic issues. Some of the topics on which he has performed economic analysis and written articles include: the cost of living, annual forecasts of Anchorage and Alaska’s economy, construction, income and wage trends, the military, the health care industry, transportation, oil industry issues, labor needs, rural economic trends, economic impact of the 1989 Prince William Sound oil spill, growth in Alaska’s breweries, the Mat-Su Valley’s economy and Alaska’s largest employers.

Neal has served on the Governor’s Oil and Gas Policy Task Force, the Anchorage Economic Development Committee, the Governor’s Technology Task Force and others; he is also a member of the Pacific Northwest Economic Conference board. He is a recipient of Governor’s 2011 Denali Peak Performance Award. Neal is married and has two children.