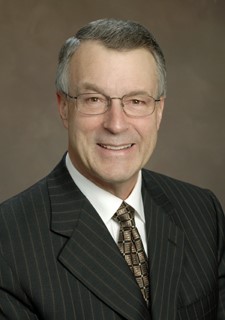 Kemper Freeman, Jr. is a former Washington State Legislator (elected three times to the Washington State House of Representatives) and has served on the boards of numerous business and civic organizations. His Company has built and operates the “Bellevue Collection” in downtown Bellevue.

Mr. Freeman was one of three private business people in 1988 to start an East King County private sector transportation group to study and advocate surface transportation improvements in the Puget Sound Region Three County Region.   He has invested well over $2 million of private money (not including personal time or staff time) in transportation studies and consulting fees to determine mobility solutions for the Region. Mr. Freeman also over the past 30 years has spoken publicly to over 300 community and business groups concerning the need of improving mobility in the Puget Sound Three County Region.  He is recognized as a strong advocate for improved highway transportation.

Kemper has funded three Regional Transportation Plans over the last 20 years.  The first in mid-1990’s, “Reduce Congestion Now”, was a Macro Study of the need to improve capacity in the freeway system.  In the early 2000 A second Regional Study, “End Gridlock Now”, again called for additional capacity on the freeway and principle arterials. The study had 25 mega projects throughout the three county area that would reduce congestion 25%. Now, a two year study, with a team of transportation experts created a third study called “Mobility 21” an alternative plan to the Puget Sound Regional Council Plan for 2040.