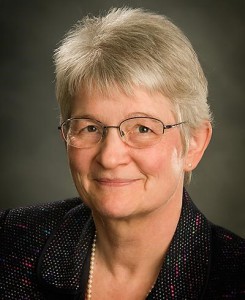 Anne comes to the Transportation Commission with a breadth of experience serving on private, public, and nonprofit boards and commissions, and thirty years of experience managing public libraries in Washington. She is currently Chairman of the Board of Directors of Brown & Haley, Tacoma. As Chairman of the Washington State Library Commission, she guided the Washington State Library’s merger into the Office of Secretary of State in 2002. She was President of the Washington Library Association and Pacific Northwest Library Association, and Counselor-at-Large of the American Library Association. In Walla Walla, she founded Project Read, sat on the Sherwood Trust Advisory Committee, served as Chairman of the Budget & Allocation Committee of United Way, and has served on the boards of various community organizations. After retiring from the Yakima Valley Library in 2002, she returned to school and earned a BFA degree. Anne was appointed by Governor Gregoire in 2011 for a partial term and reappointed in 2012. Term expires June 30, 2018.

In 2008 during a tour of the cancer ward at Mary Bridge Children’s hospital, we had the pleasure of meeting two young children going through treatment. At the end of their time, they were allowed to go to a treasure chest where they could pick out a children’s themed bandage to cover up where the IV had been. What we learned from the staff was that the hospital could only purchase generic bandages and the kid-themed ones had to be donated. Sometimes just the choice of a favorite color or character on a bandage can cheer up a child, thus the Annual TCT Bandage Drive was born.

TCT members did a great at collecting bandages for 2015’s drive!