Transportation Club of Seattle is our host this year and they have a great program with Shawn Wattles, Director of Supply Chain Logistics at Boeing as the guest speaker.  The meeting will be held at Rainier Golf and Country Club and registration starts about 11:30am. We request all to use the TCS website to pre-pay through an easy click to PayPal.

You can also call with a credit card number or mail them a check.  Due to the large number of expected people, they would rather you do not pay at the door but you can.  Any questions, contact Jeff Clark at clarkjeff@schneider.com. 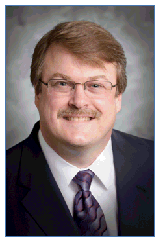 Shawn Wattles is the director of Supply Chain Logistics for Boeing. His organization processes nearly 2 million shipments every year and supports more than 400 Boeing programs. Wattles joined Boeing in 1980, as a jig builder in the Renton factory. He earned a Bachelor’s degree in Business from Central Washington University and a Master’s degree in Business Administration from Seattle University.

The Boeing Company is an American multinational corporation that designs, manufactures, and sells airplanes, rotorcraft, rockets and satellites. It also provides leasing and product support services. Boeing is among the largest global aircraft manufacturers, is the second-largest defense contractor in the world based on 2013 revenue and is the largest exporter in the United States by dollar value. Boeing stock is a component of the Dow Jones Industrial Average.

More information can be found on the Transportation Club of Seattle website.