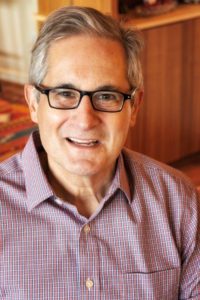 My predecessors on the Senate Merchant Marine Subcommittee went for the obvious – to careers in law firms representing mostly foreign ocean carriers; I had those offers too, but went the opposite direction, which no one had done previously, but where my heart was, and still is today — to represent those that supply the cargo, the farmers, ag processors, forest products.

Going the opposite way, to advocate for those that had no advocates when it came to international transportation, export supply chain, has proven so rewarding, and together with those agriculture exporters we have built something powerful and lasting in the AgTC. This work has earned the respect of carriers and ports for exporters, and awareness even in quarters not given to concerning itself with the agriculture in “the hinterland”. For example, after a century of existence, the New York Maritime Society’s Hall of Fame, for the first time ever, apparently recognized that there is indeed a country to the east of the Hudson River. While I was honored to be inducted, in my mind this was recognition of the importance of those who grow, harvest, process, handle, transport food and fiber for the world, those whom the Agriculture Transportation Coalition serves. It happened because of our AgTC members who live and work in places that the maritime crowd in New York City and New Jersey never heard of, but which form the core of the AgTC: Euphrata, Hermiston, Tangent, Vidalia, Shawnee Mission, Minot, Idaho Falls, Dakota Dunes, Olive Branch, Moses Lake, Greeley, Greenwood, Lubbock, Wenatchee, Cordova, — the list of the “hometowns” of agriculture exporters goes on.

What a privilege it is that the JOC has called the AgTC “the principle voice of agriculture exporters in US transportation policy”. Because I did not follow that well-worn path from the Senate Commerce Committee to a maritime law firm representing ocean carriers.