Please join us on February 12th, 2018 for a discussion led by the Northwest Seaport Alliance about their Clean Truck Program.  From the NWSA’s website:

The Northwest Seaport Alliance harbors represent a small percentage of overall emissions in the region. However, we are committed to cleaner air in the Puget Sound region. The Clean Truck Program is one of the many initiatives the NWSA and ports of Seattle and Tacoma have undertaken to address the air quality and greenhouse gas impacts of our gateway. The NWSA is committed to ensuring we have a sufficient supply of trucks to service the cargo in the terminals.

In 2008, the ports of Tacoma, Seattle and Vancouver, B.C., adopted the Northwest Ports Clean Air Strategy, with a goal to have 100 percent of the drayage trucks serving container terminals with cleaner diesel technology – a 2007 engine with diesel particulate filter or equivalent. In 2010, we achieved the first goal in the Northwest Ports Clean Air Strategy that all trucks be at least a model year 1994 or newer. Since that goal was set, we have invested more than $15 million in matching grant funds to spur truck conversion and invest in gate infrastructure. More than 410 trucks were scrapped and replaced with new trucks through partnership with the Puget Sound Clean Air Agency and funding through DERA, CMAQ and Department of Ecology grants.

More detailed information can be fount on the NWSA’s website. 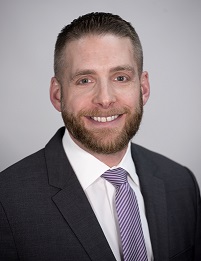 Stoker brings more than 19 years of experience in both domestic and international terminal management. He most recently served as director of operations at the Port of Tacoma since 2013.

Before joining the Port of Tacoma, Stoker served as director of Deltaport at Port Metro Vancouver, B.C., with Terminal Systems, Inc. He also has served as the chief operations officer at Abu Dhabi Terminals, and in management positions with APM Terminals at the Port of Salalah, Netherlands, Los Angeles and Tacoma.

Stoker holds a bachelor’s degree in business administration with a concentration in management from the University of Washington. 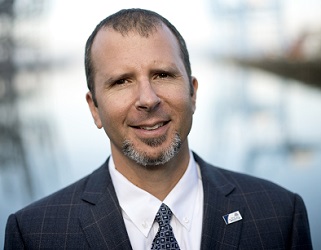 Jason Jordan was named the Port of Tacoma’s environmental programs director in February of 2011. In July of 2014 he was also asked to lead the Port’s planning group resulting in a new title of Director of Environmental and Planning Services. Prior to the director’s position, he served as an environmental programs senior manager from July 2008 to February 2011. With the formation of the Northwest Seaport Alliance, Jason’s role spans both the Homeport of Tacoma and the Alliance. 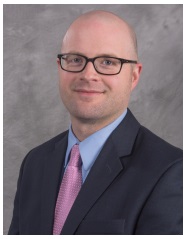 Nick Demerice heads the Northwest Seaport Alliance’s public affairs team. He came to the alliance with more than 10 years of experience in government affairs, most recently as assistant director for external relations at the Washington State Department of Commerce.

Mr. Demerice holds a bachelor’s degree in political science from the University of Washington.

Cost  $25 prepaid, drawing is an additional $5 for 6 tickets
** Additional $10 for walk-in members and non-members

Register online, by email, or fill out the registration form